It is an evening of mixed fortunes for the town of Linstead, St Catherine, which today had two schools playing at Montego Bay Sports Complex in the semi-finals of the ISSA|WATA daCosta Cup Football Competition.

Dinthill Technical High secured a 2-1 win over 12-time champion Cornwall College out of St James to secure one of the spots in the final. Rojia Layne scored both goals for the winning team out of Linstead in the third and 73rd minutes, while Brandon Curate netted the ball for Cornwall College in the 32nd.

It’s a big win for Dinthill, which almost didn’t make it beyond the first round of the competition. The school advanced out of the first round after getting six crucial points off the field when it won an appeal it filed against Charlemont High for using an ineligible player.

In the other match, McGrath High from Linstead lost its bid to secure a spot in the final. It was beaten 3-0 by defending champion Clarendon College. Sheldon Smart scored two goals – one in the 47th minute and the other in the 69th. Jaland Larmand extended Clarendon College’s lead in the 79th minute of play.

It is the first time that McGrath is passing the first round since it started participating in the competition in 1994. Clarendon College, on the other hand, won the title eight times.

The daCosta Cup final between Dinthill and Clarendon College will be played on November 30 in Montego Bay. 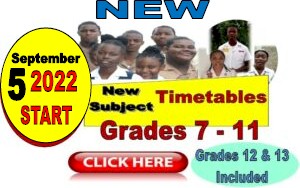